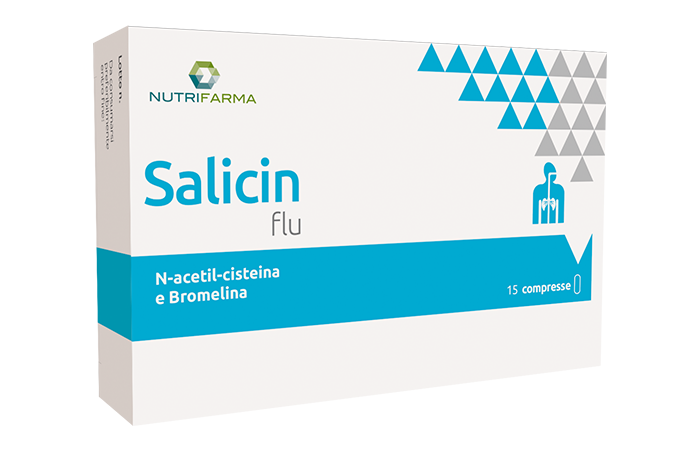 White Willow
Rich in salicylates, the main ingredient being salicin, a molecule able to act as a pro-drug of salicylic acid: its glycosized form, due to enzymatic hydrolysis, breaks down into glucose and saligenin in the intestine, from which, by hepatic oxidation, salicylic acid is obtained, which in turn acts as an NSAID, inhibiting the induction of cyclooxygenase 2 (COX2),: this is why it is commonly used as an anti-inflammatory, antipyretic and painkiller. Salicylic acid also exerts a good anti-platelet action which guarantees a rapid relief from the sense of musculoskeletal joint soreness.

Feverfew
Contains flavonoids including luteolin, quercetin, apigenin and axillarin, responsible for the spasmolytic action on smooth muscle and therefore useful in winter disorders. Rich in sesquiterpenes including partenolide, costunolide, artemorina and santamarina, it modulates the serotonergic system acting as prophylactic agents of the migraine event. Particularly the partenolide, in vitro shows an interesting anti-inflammatory able to act as an inhibitor of the transcription of NF-κB, which acts in the lymphocytic stimulation to the synthesis of pro-inflammatory cytokines. It is also able to inhibit the action of 5-lipoxygenase, with a marked reduction in the production of leukotrienes, other important inflammatory mediators. Its combination with salicin allows to exploit a time-dependent dynamics and prolong the maximum benefit in the management of inflammation and remission of symptoms.

Caffeine
Alkaloid that interacts with specific biological receptors that regulate the functionality of the cardiovascular, endocrine and nervous system. By virtue of its lipophilic nature, it has the ability to rapidly pass the blood-brain barrier and reduces the onset of symptomatic pictures such as headache and migraine, often related to the cooling syndrome.

Food supplement based on vegetable extracts, to improve the functionality of respiratory tract and stimulate immunity defenses.