Immediate energy for syndrome of chronic lateration and psycho-physical stress. 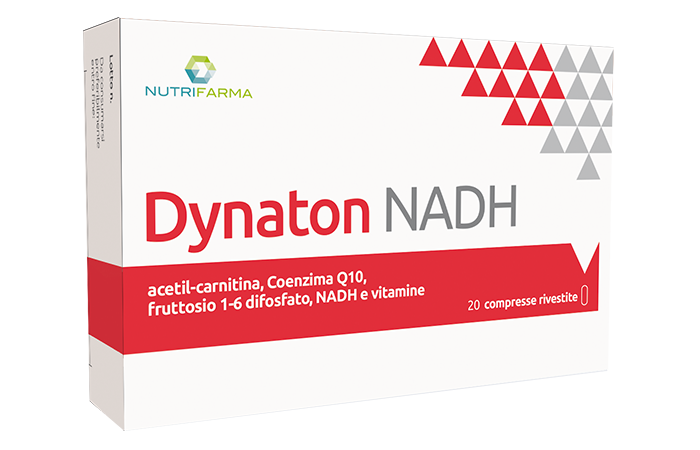 NADH (Nicotinamide adenine dinucleotide)
NADH is the intermediate able to contribute directly to the production of energy in oxidative phosphorylation; favors a full and efficient production of energy by the tissues. It helps to improve the transmission of the nervous impulse, promoting mental clarity. In synergy with Carnitine and Coenzyme Q10 it performs a particularly effective action in the physical support of stress and fatigue situations. NADH in synergy with Coenzyme Q10 helps to increase cellular energy levels (ATP).

Carnitine
Substance naturally present in the organism that can be produced at the level of the liver and / or kidneys starting from Lysine and Methionine. Its importance is mainly due to the long chain fat transport function inside the Mitochondrion, a site where they can be used with full efficiency and effectiveness in the production of energy with uses proposed from the sporting level to the medical field especially for cardiological applications and neurological.

Fructose 1-6 diphosphate
Phosphorylated sugar able to bypass the early stages of anaerobic glycolysis and to complete any deficiencies in the second phase of glycolysis. It guarantees an efficient and effective energy production, bringing the whole organism in the best possible condition in view of the energetic production and the maximum capacity of power expression.

Vitamin B2, B5, B12, Folic acid
Energy vitamins, participate as factors in numerous enzymatic reactions useful both in the production of energy from macromolecules such as carbohydrates, lipids and proteins, and in the processes of biosynthesis.

L-carnitine with very high concentration for the situations of psychophysical and astenia l-carnitine.

Energetic of pronto use in pre-race or training