For the control of problems from metabolic syndrome, cholesterol, triglycerides and hypertension. 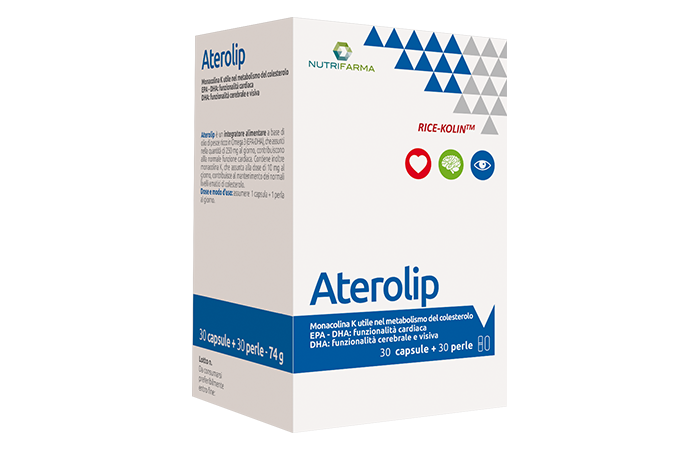 Barberine
Inhibits the down regulation of LDL receptors, enhances and maintains the function of the monacoline over time. Promotes the transport and elimination of LDL cholesterol.

Monacolin K from fermented red rice
Natural statin with inhibitory activity of HMG-coA reductase (hydroxymethylglutaryl coenzyme A reductase). It has a favorable effect on lipids, reducing the synthesis of endogenous cholesterol and triglycerides.

Coenzyme Q10
It prevents the disorders associated with the reduction of endogenous Q10 caused by the monacolin in sensitive individuals.

Octacosanol
Lipophilic antioxidant and stabilizer of membrane functions. The policosanols block HMG-coA reductase, inhibiting the production of the enzyme.

EPA
Fatty acid in the omega 3 series, promotes the reduction of triglyceride levels. Precursor in the synthesis of docosanoids, an important regulator of cellular processes, including inflammation and among the main constituents of the phospholipids of the central nervous system.

To regulate total cholesterol and restore the right balance between cholesterol hdl and ldl.